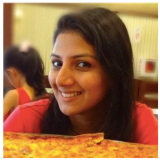 For more information about the execution of Coverlet integration, refer to this article.

UI output of coverage through coverlet can be seen in the Coverage by components section as below:

There is an issue with MSBuild on Linux that affects the ability to escape quotes while specifying multiple comma-separated values. Linux MSBuild automatically translates \ to / in properties, tasks, etc. before using them, which means if you specified /p:CoverletOutputFormat="json,opencover” in an MSBuild script, it will be converted to /p:CoverletOutputFormat=/"json,opencover/" before execution. This yields an error similar to the following:
MSBUILD : error MSB1006: Property is not valid. [/home/vsts/work/1/s/default.proj]
Switch: opencover/

You’ll see this if directly consuming Linux MSBuild or if using the Azure DevOps MSBuild task on a Linux agent.

The workaround is to use the .NET Core Dotnet MSBuild command instead of using MSBuild directly. The issue is not present in Dotnet MSBuild and the script will run with correctly escaped quotes.

Note: Report directory in remote scan JSON shall point to XML generated by Dotnet test command. If the job is running from Jenkins, it shall reside in its workspace location. Usually, XML is generated where .csproj is located for that project.

For more information, refer to this article.